6 June: Its coming to the end of week 10, and progress is painfully slow. I thought I might have got out and about by now. Had an email from Jim Falvo in Dallas Texas last night, he’s another quad brother so to speak. He and Jim Clawson had been in contact since their Quad Ruptures in 2006. I read Jim Falvo’s experience and wished I hadn’t. But as he said in his email last night, it’s like watching grass grow.

And you can do more damage than good, by pushing to hard. So it’s all going at tortoise pace.

Piece of advice number eight don’t go looking on the Internet, you may not like what you see.

Anyhow enough of the gloom, the subject of my blog this week is getting dressed. A relative simple process if you’re able bodied. When you have BQTR, it becomes more challenging. In the first few days I didn’t really have anything I could wear.

I lived in my dressing gown until Nurse Lynne got me some granddad nightshirts, they were adequate, but a challenge for the commode. The problem was the splints; most of my regular trousers were not big enough to go over them. That’s if I could ever get regular trousers anywhere near me. So I started thinking about those three-quarter length shorts. But would I not have the same problem with the shorts, and then the brain wave hit me; get them three sizes to big.

So I looked on the Marks & Spencer website and found something that would do. I then sent Peter off to M&S to obtain them. On his return I experimented on how to get them on. First your need your underpants, lay them on the floor making sure you have your helping hand (device for picking stuff off the floor), to hand so to speak. Then try to shuffle your feet into the leg holes. When your feet are in the appropriate right and left hole, remembering you’re held up on your crutches grab the helping hand and grasp the elastic of your underpants, now pull up. This is not as easy as it sounds, they get stuck around the bottom of the splints, eventually your get them up and round your privates. Bit of advice number nine, always wear your underpants, sweaty undercarriage is never a good thing.

Now for the shorts so basically it’s the same procedure, shorts on the floor, try to locate the leg holes and shuffle your way in. This is a bit harder and takes up more shuffle space. Pull them up using the helping hand and you’re halfway there. You’re have to wriggle them up past the splints. Now for a shirt and something for your feet. Bit of advice number 10, your need something comfortable for you feet, slippers are too fliperty flopperty  to get your feet into, so I suggest a pair of leather Dingo’s. 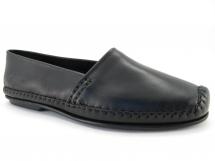 You will have to buy on-line in the Uk, the only place I have ever found them on sale to actually try them on and buy, is in the market in St Tropez. You can wiggle your feet in this type of shoe, what also helps is one of those long shoe horns.  And you’re dressed and ready for another Groundhog Day. So by the time you have done a bomb run, washed and dressed the best part of the morning has gone.

This week has been slow, Hayley came on Tuesday and is coming today Friday 6 June, physio is going well. Just not as fast as I want it to. I have another two weeks today before my next appointment in Winchester. I hope to be able to get into a car by then, but am hampered by the fact I do not have a car here to practice on. What a strange concept having to practice getting into a car.

My car is stuck in Eastleigh, the weekend before my accident I was driving to London and had engine problems just before junction 13 of the M3. I managed to get off the motorway, and found a convenient place to park. I got a bus to the station at Southampton Airport and continued my trip to London with the idea I’d get back later that week to have her recovered back home. I’m sure it’s a fuel management problem, easily fixed. But 10 weeks on and she is still there; I hope. So until I know I can get in and out of a car getting to the hospital is a little uncertain at the moment. What I don’t want is a taxi turning up, and me taking half an hour trying to get in. What will be will be.

Apart from that not much else has happened this week, no visitors, my friend Sandra sent me some more St Repair, oh and did you see that guys head explode on ‘The Game Of Thrones’, I did not expect that.

One other thing, there is a meeting going on not 200 yards from me, it’s a work meeting at a hotel; as I say not 200 yards from where I sit writing this. I would have liked to have gone along, but the hill down to the hotel is to challenging at the moment. How pathetic am I……….

I hope to report in next weeks post, better progress. Well I had better as next Saturday 14 June I am supposed to get into the office with Peter and supervise him moving gear from one spot in the finance department to our storeroom. You may never know I just might make it.

A thought for the day; today is the 70 anniversary

of the D-Day landings, I have been watching some moving coverage from Ouisterham in Normandy. My father was part of the D-Day landings, he flew two sorties in his Lancaster on D-Day and later in life told he me, “That they heard the BBC announcement on the aircraft wireless, as the breaking news about the D-Day invasion was being transmitted all over the country. The bombing offensive that we’d taken part in, had been the start of the Allied landings in France. My heart began to beat somewhat faster….” Following the second sortie of the day, he wrote in his log, “We landed at Mildenhall for a second time that day…and then thanked our lucky stars for having survived such a memorable day.”

Today I remember my grandfather who was wounded on the ‘Somme’ rescuing two comrades from the 1st Battalion, East Surrey Regiment. After convalescing in Bournemouth he was sent back to the front and survived the fourth and fifth battles of ‘Ypres’, my father who flew 42 sorties over Germany between 1943 and 1945. At the start of their wars they were 16 and 18 respectively. a sobering thought.